Since its recognition as a distinctive region in the late 19th century, Appalachia has been a source of enduring myths and distortions regarding the isolation, temperament, and behavior of its inhabitants. Early 20th-century writers focused on sensationalistic aspects of the region's culture, such as moonshining and clan feuding, and often portrayed the region's inhabitants as uneducated and prone to impulsive acts of violence. Sociological studies in the 1960s and 1970s helped to deconstruct these stereotypes, although popular media continued to perpetuate the image of Appalachia as a culturally backward region into the 21st century. Discover fascinating real Appalachian history in Manchester and Clay County. 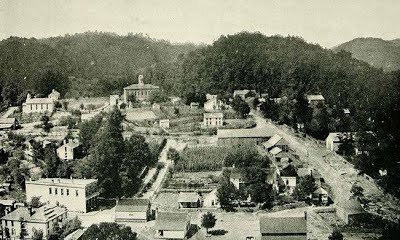 Manchester was a lively little town from the very beginning, which by all accounts, seems to have been in the early 1790s when the area's first commercial salt-making operation started up on the banks of Goose Creek at the mouth of present-day Y Hollow (in East Manchester). When in 1807 the Kentucky Legislature created Clay County as a way to keep a better eye on the gritty feuding known as the "Cattle War" the first county court met at this little community, known as the Langford Salt Works. The county officials first called their new town Greenville, and began constructing it a stone's throw down stream and on what became known as "Courthouse Hill."

From that time until the Civil War in 1861 Manchester more or less existed according to the whims of the powerful salt entrepreneur families who came to the wilderness to make their fortunes on the manufacture of salt at works like Langford’s (later called the Lower Goose Creek Salt Works), White's (Upper Goose Creek Salt Works), Garrard's (Union Salt Works), the Bates brothers, Francis Clark and several others owned and operated by the Reid, Horton, May, Chastain, Gibson and other families.

The Civil War wreaked havoc in Manchester as foragers from both sides came to the town on numerous occasions looking for food for their troops and animals. The Confederates were especially interested in the salt, apparently having less access to it than the Union. But the Union was just as keen on keeping it out of Rebel hands as the Rebels were on getting it. This resulted in the Union army destroying the salt works in 1862, even though one of their celebrated officers, Brigadier General T. T. Garrard, was the owner of the Garrard works.

Garrard had recruited a substantial number of men in Manchester in the summer of 1861 when he organized the Third Kentucky Volunteer Infantry there. Hundreds of Clay County men served in the Third (later referred to as the Seventh) and other regiments in the Union Army. Most of the local men fought outside the state, but while they were gone from home considerable action was taking place in Manchester and all over Clay County.

The Confederates held the upper hand when it came to causing mischief in and around Manchester, and the mischief led to several deaths at the hands of the Rebels. Though the Union was in town in huge numbers at times there is no evidence that they did any physical harm to the citizens. Nevertheless, the period following the war was a time of unrest and distrust. Animosities developed during this time fed fuel to the fire of growing resentment between some of the powerful salt families, primarily the Whites and Garrards and their supporters.

By the end of the century Manchester was the unchallenged capitol of violence in America, or at least it seemed that way as the little town became famous -- or infamous -- far beyond the borders of Clay County for the gun-play that seemed to be an everyday thing around town. Scores of newspaper articles in papers such as the New York Times created an image of runaway lawlessness in the town, and some of its citizens seemed to feed on the attention like fish in a feeding frenzy.

Gradually, the feud violence dissipated after the 1930s and Manchester settled down into an almost idealized version of small town America. After World War II the town pretty much kept pace with the rest of the country, albeit with an Appalachian patina. Coal and timber had long since replaced salt as the income-generating industries but before long they, too, dwindled as an economic force. Poverty slowly gained the upper hand in the 1960s and 70s and the character of Manchester seemed to lose some of its former tone. 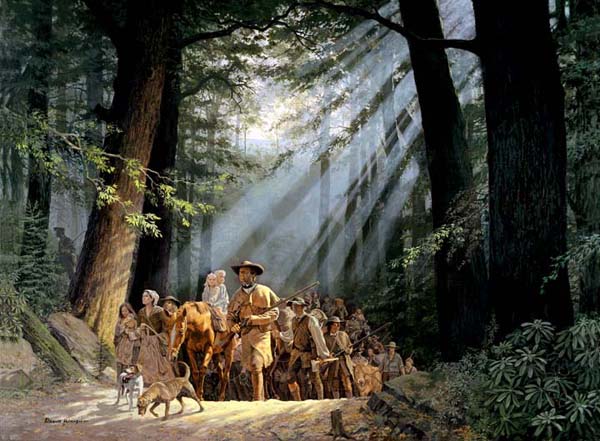 A well-marked trail through Clay County was the route several people of European descent took before Kentucky was discovered.

The closer we look at the written history of what would become Clay County the farther back that history goes. Research has shown that white men whose names we know were in the county at least 150 years earlier than reported in some history books. Until recently the conventional wisdom had it that James Collins was the first white man in the county. In his History of Kentucky (1847, revised 1874) Lewis Collins wrote that James Collins came to the county in 1798 and established a salt works on Collins Fork of Goose Creek in 1800.

Genealogists have shown that John Gilbert of Red Bird was in what would become Clay County at least a decade earlier than when Collins was said to have come. And some accounts have both Gilbert and Collins here in the mid-1780s. Before them, however, there was Daniel Boone, who came to Clay County on his first trip to Kentucky in 1769 with fellow explorer, John Finley. Boone is of course known for blazing Boone’s Trace to the bluegrass, the famous trail that part of the Wilderness Road was later based on. During his first trip, though, he followed the well-known Indian “Warrior’s Path” that traversed the county from end to end.

Eminent Kentucky historian Dr. Thomas Clark wrote in his History of Laurel County, “There is no solid documentary evidence that Daniel Boone and John Finley in 1769 traveled across any part of Laurel County . . .” Dr. Clark went on to say, “Boone, Finley, and their companions made fairly rapid progress over the rugged territory in what is now Clay and Jackson Counties.”

Fifteen years later, around the time that Collins and Gilbert are thought to have first come to the county, Boone, while employed by a land development company, made a 50,000-acre survey in 1784 beginning near the mouth of Sextons Creek. He is, in fact, credited with naming Goose Creek.

Later research has shown that long before Daniel Boone, Dr. Thomas Walker and his party of explorers traveled the Warrior’s Path through Clay County in May of 1750. But even Walker, who was clearly in the county 19 years before Daniel Boone, was not the first known white man to trek in the county. That distinction belongs to a little-known explorer named Gabriel Arthur, who as a captive of Indians, was taken along the Warrior’s Path and into Tennessee in 1674, and later walked it on his way to freedom. The respected Knox County historian, Elmer Decker, wrote, “The first white man to ever set foot in Knox County and Kentucky was Gabriel Arthur, 1674. . .”

Decker made his assumption based on numerous historical accounts of Arthur’s time in Kentucky that had him traveling along the Warrior’s Path. This story is covered in detail by Robert Kincaid in The Wilderness Road, a much-quoted history published in 1947 by the Bobbs-Merrill Company that has been a primary source for countless articles on Southeast Kentucky history. Arthur was eventually set free by his captors and set out on a trail that led to the south. “There was no danger of his getting lost in the vast wilderness lying west of the Appalachian range which never before had been penetrated by a white man,” Kincaid wrote. “The trail was well defined, called by the Indians the Athawominee, or the ‘Path of the Armed Ones.’”

On the next page of Kincaid’s book is a map of the Warrior’s Path that shows it running along the path described by Decker, and which has it running along a north/south path that would go through what would become Clay County. This map corresponds with one of the earliest maps of Kentucky, by John Filson, in 1784, and numerous others in various publications.

The Warrior’s Path has been known since the first white men started drawing maps of Kentucky. From the south, it entered Clay County via the “War Gap” on the ridge that separated the Kentucky River drainage from the Cumberland River drainage, i.e. between the headwaters of Otter Creek in Clay County and the headwaters of Road Fork of Stinking Creek in Knox County. In 1806 the act that created Clay County designated the southern boundary in part: “--thence along the dividing ridge between the waters of Cumberland and Kentucky to a point from which by running due east will pass by Collin’s Fork of Goose Creek, midway between Outlaw’s salt works and Peter Hammonds’; thence a course to strike the ridge between Cumberland and Kentucky at War Gap.”

The path in Clay County runs northward from the War Gap to Clay Gap on the Clay/Owsley County line. Knox County historian Elmer Decker wrote: “The Warrior’s Path led south from Limestone (Maysville) almost a direct route to Cumberland Ford [Pineville], across Clear Creek, and up Yellow Creek to Cumberland Gap. Northern tribes of Indians made the trail, and it was much traveled by them. Later it was used by pioneers and settlers, as were its branches down Straight Creek and elsewhere.”

The route of the Warrior’s Path has long since stopped being questioned except in a few small areas. There is an official Kentucky highway historical marker at Gray Hawk in Jackson County that has the path going along War Fork in extreme eastern Jackson County, which corresponds to the research of James F. Bowman, who has the path going from Clay County into Owsley County then crossing into Jackson County east of Gray Hawk. This marker reports that the path was used by Gabriel Arthur in 1674, and much later (in 1750), by Dr. Thomas Walker, and following them, Christopher Gist (1751) and much later, John Finley and Daniel Boone.

Whether, as the marker indicates, explorers Christopher Gist and John Finely were actually on the local part of the Warrior’s Path has not been confirmed by any research this author has seen. The best we say is that they likely were. But in the case of Gabriel Arthur, and later, Dr. Thomas Walker, there can be little doubt. This distinction may seem to some to be much ado about nothing. But the fact that these men were in the county over a hundred years earlier than white men were supposed to have been changes the written history of Clay County, and by extension, of neighboring Laurel County. Historians know that history must be recorded correctly, even if it means taking another look to get it right. 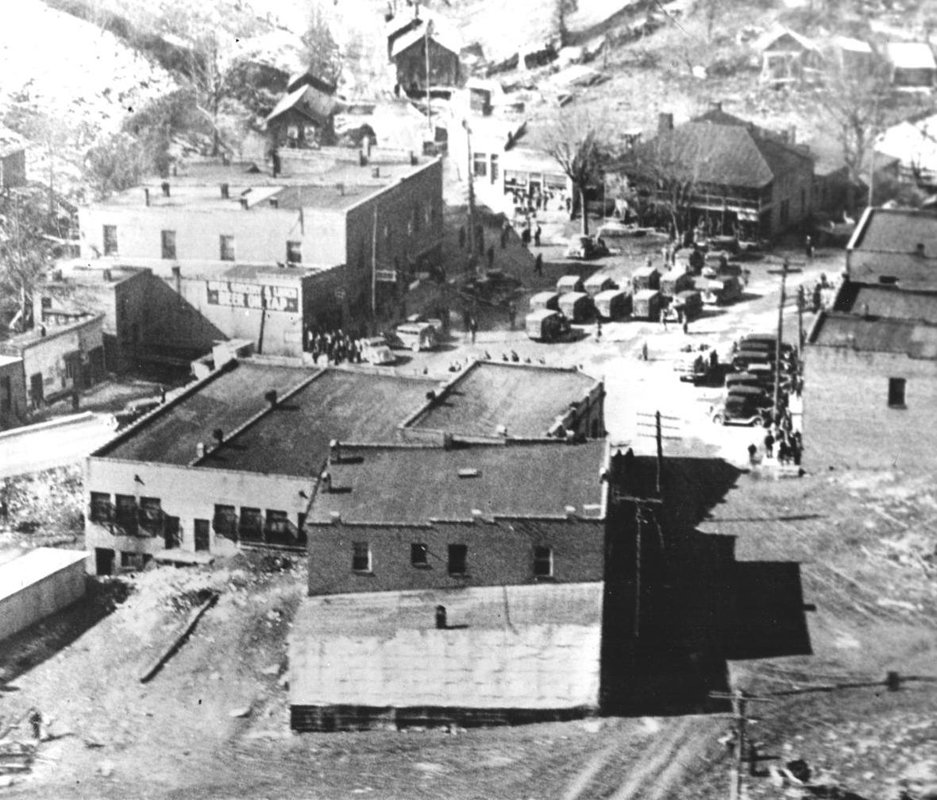 Highlights of the 18th and 19th centuries

The following timeline of Clay County history is an abbreviated list of notable occurrences compiled from notes made while researching my book, Heroes & Skallywags. This timeline will give a basic understanding of how the county was formed and why (think salt, and fussing and feuding), and some of the major events that have transpired up until the 20th Century. For comprehensive source notes and detailed information refer to Heroes & Skallywags.