The Clay County Genealogical and Historical Society's History Pavilion is located on the Square in downtown Manchester. The copper-topped structure is centrally located and meant to serve as a visual symbol for the positive aspects of Clay County’s heritage.

The pavilion contains three large interpretive signs that focus on early history and places, and some of the most prominent people of historical interest. The signs were designed with out-of-county visitors in mind as well as the local citizens. 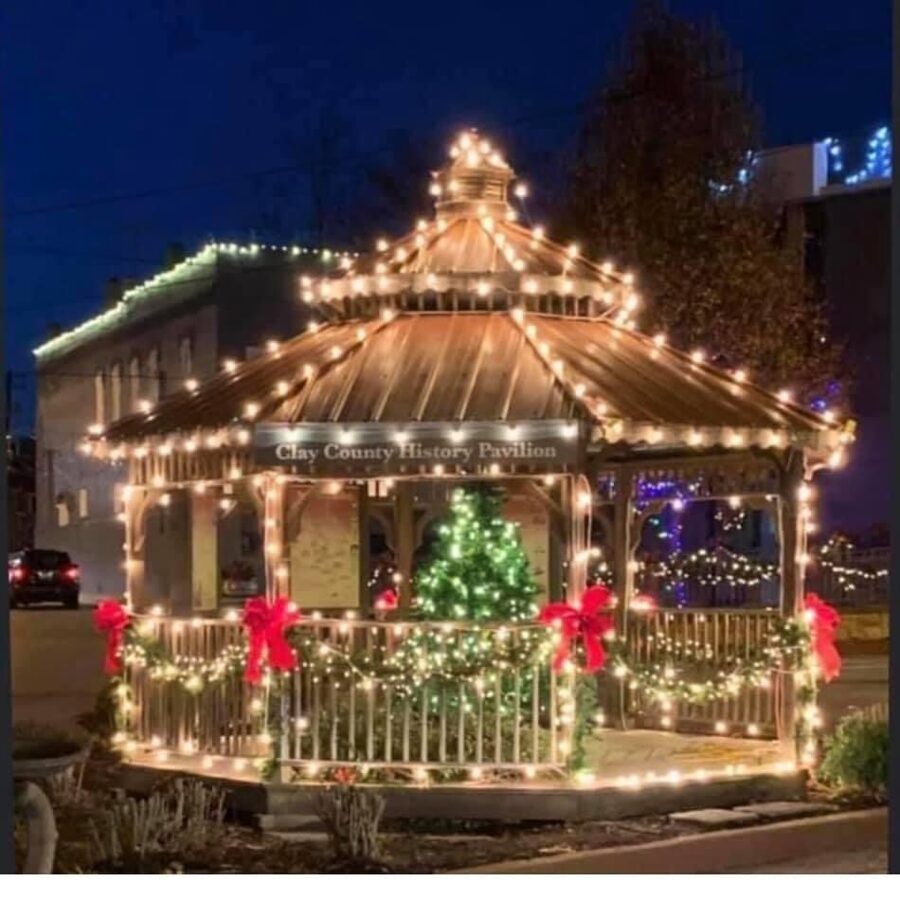 The first of the signs is a graphic rendering of the county’s “Historical Trails and Places,” and guides the visitor along the famous Warrior’s Path that traversed the county from north to south and was followed by such early explorers as Dr. Thomas Walker and Daniel Boone in the mid to late 1700s, and countless Indians before them. The graphic also maps out some of the earliest roads funded by the state legislature in the early 1800s that were built expressly for getting salt from several Goose Creek works to customers in the Bluegrass and in other states. This sign shows the location of several of the salt works, and contains pertinent information.
The second sign details the significant Civil War activity that took place within the border of the county from 1861 to 1864. There was a surprisingly high-level of activity from Union and Confederate forces and the story has been largely untold until now. The sign takes the visitor from the raid on the Goose Creek salt works by Rebel forces under the command of Gen. Felix Zollicoffer before the first battle of the war in Kentucky, and through the years of skirmishing between the armies around Manchester and on Red Bird, and details the destruction of the five major salt works by Union forces that was carried out in order to keep salt out of Confederate hands. Much of the sign details the activities of Clay County’s famous Colonel (later Brigadier General) T. T. Garrard in the county.
The third sign gives brief biographies and photos or renderings of some of the most historically prominent Clay County citizens, and shows where they lived and are buried. Included on this sign is the first known settler of the county, John Gilbert, a long hunter who decided to settle on Red Bird at the close of the American Revolution, and raised a large family there with his wife, Mollie Bowling. Others detailed on the sign are: